Well the second match for the Netherlands didn't went so well as the first one against Spain.

It was a hard and tough but fair match against the Soccoroos from Australia. 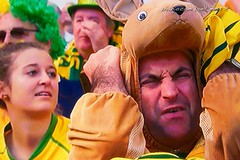 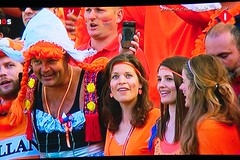 At the end it was Australia 2 and the Netherlands 3. But if it was the otherway around then nobody would be suprised.

Against Spain the first half the Netherlands had it tough but in the second half it was, after the second goal, easy but against Australia it was a battle untill the end.

Robben made the first goal in the 20th minute. Again a beauty of a goal.

But the goal of Cahill was one of a kind and will be one of the most beautiful goals of this World Cup. Australia take the lead after a panelty.

Only after Memphis Depay came in the Dutch team the changes turned.

He give the assist for the second goal, made by v Persie and the third goal he made himself. So Memphis Depay was the man of the match.