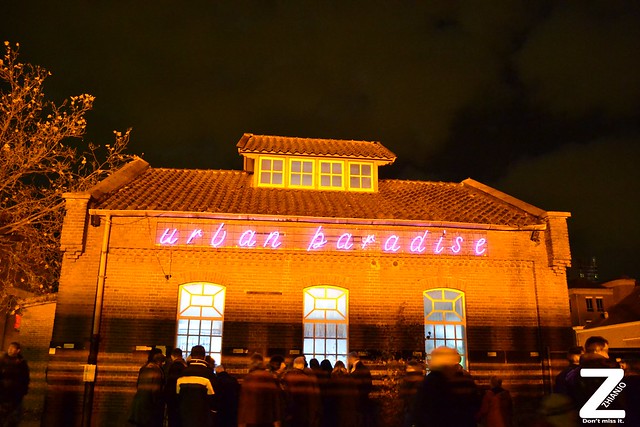 GLOW Eindhoven 2013 is going to it's end an we have to wait again another year.

We had entertainment on the highest level.

What artists can design and make from light, lasers, water and all kinds of materials is amazing.

It's not official yet but that they're more spectators then ever is not a secret.

Over a half million spectators where visiting the city of Eindhoven.

And if you know that Eindhoven has 220.000 inhabitants then you can imagine how crowdie it was in the evenings.

So let me show you around to give you an impression of this event.

The opening was last saturday at 6.30 pm.

It started at the PSV Soccer Stadium with a light and laser show from Noralie.

The project is called Clashlight. 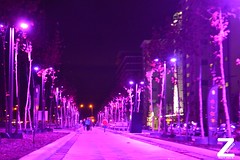 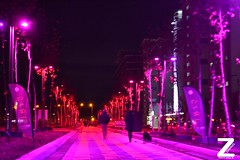 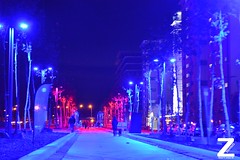 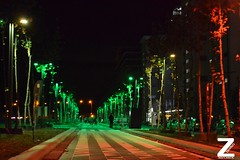 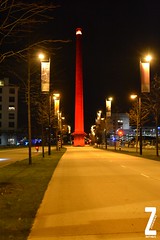 With GLOW, Strijp S is called Strijp Next.

Strijp S is a new living area of the city and is situated almost next to the PSV Soccer Stadium.

It is a old part from Eindhoven that was in earlier days a part of The Philips Corporation.

After Philips sold the buildings and the ground the city of Eindhoven transformed it into a living area with new buildings and old buildings. The Philips buildings are renovated and where ones walked people from one factory to another now people are walking to there appartment or to the centrum of the city.

So the city of Eindhoven is changing rapidly. Ones it was a old grey city but the last 20 years it is changing into a city where art, electronics and high tech are living next to each other in harmony.

All the big electronics producers came to Eindhoven.

ASML, NXP, Philips and Atos Origin are living here, in Eindhoven, as one big happy family.

But lets go on with GLOW Eindhoven 2013. 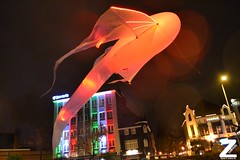 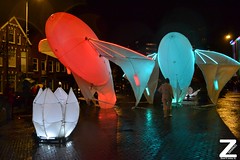 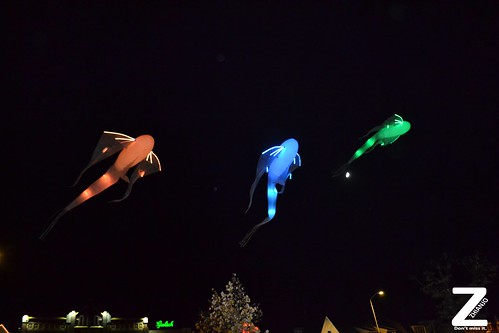 The Flying Objects are from a Frenche group called Porté par le Vent.

Then you have Zinorot from Yoav Chomsky.

I call this project the Living Tree. 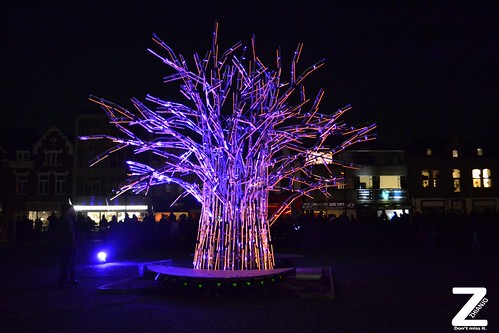 The show is very nice but because of the music (copyright) i can't let you watch the video. 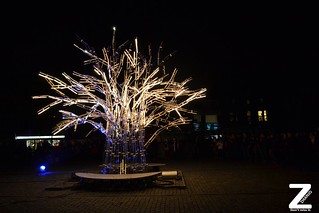 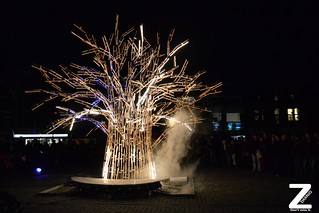 If people are thinking about the Monster of Loch Ness i think it would be like this. 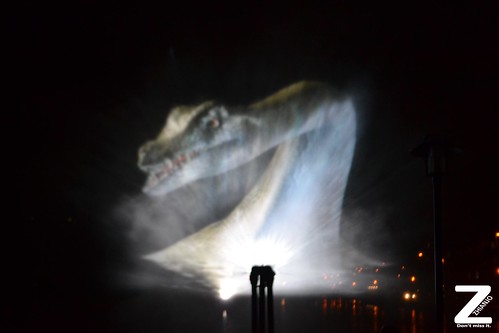 This project is developed by Davide Carloni and Lorenzo Pompei.

Even GLOW has it's own fashion style. 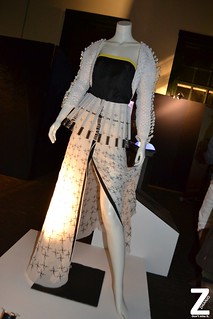 The dress is created with electronics parts.

This year the most light shows where situated around the Dommelstraat near and inside the NRE building.

This is a impression of that location. 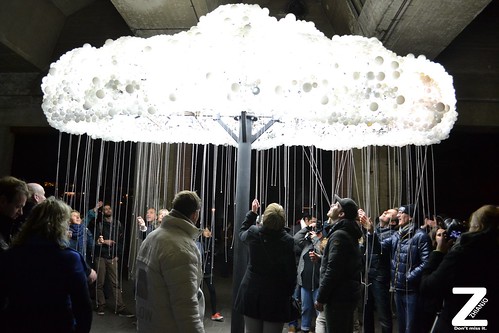 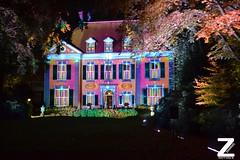 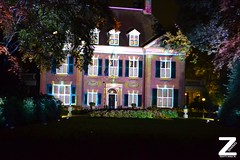 Villa de Laak (above) and Dommelhoef (down) lightpainting by Patrice Warrener. 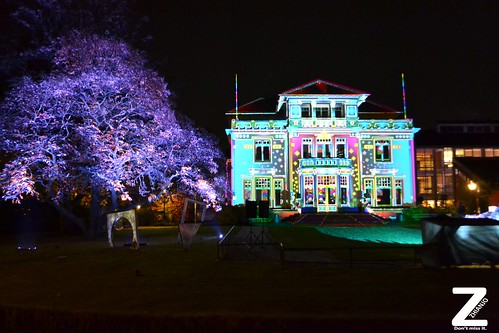 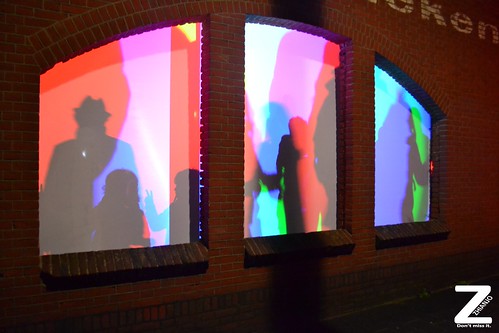 Painting with light by Jolanda Tielens. 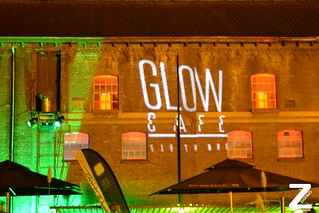 GLOW Cafe at the NRE. 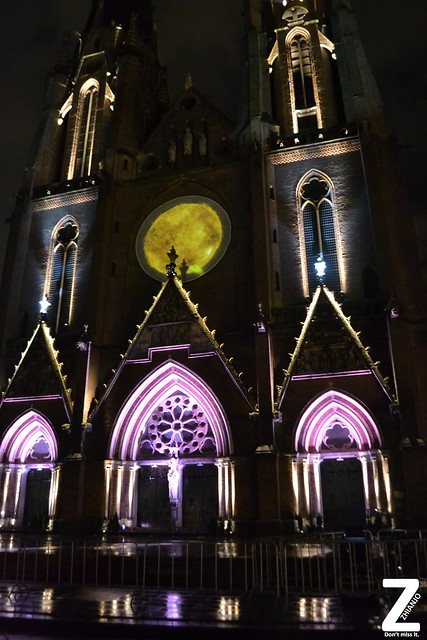 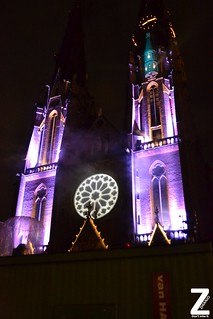 The Eye of Time by Cotzen a French collective.

So i hope you enjoyed this little tour from GLOW Eindhoven 2013.